Ethiopia, a journey through time 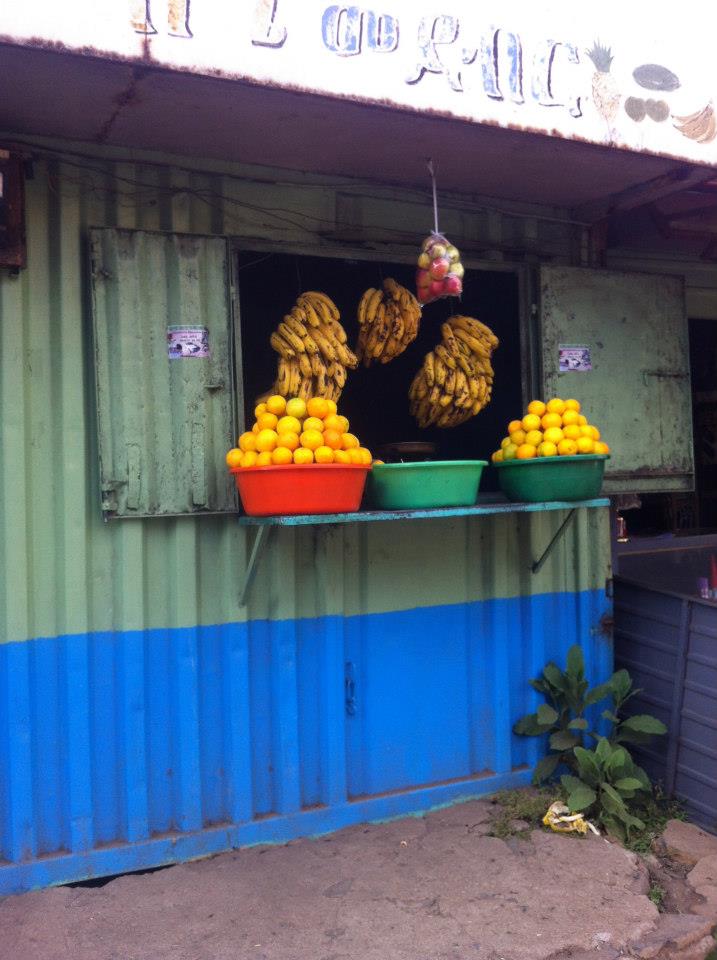 Time travel exists. Ethiopia is proof of this. Not so much for a specific location over time, but just because you just left the airport in Addis Ababa you have the feeling of being finished in a parallel time …

First of all for the Ethiopian method of calculating the passage of time. I am writing this text on October 23, 2013 at 12.45. Well, in Ethiopia it is the 13th of the month of Tekmar in 2006. Ah, it’s 7.45 of the day. A casino in short …… also because, unlike many other countries that follow a different calendar from ours, in 99% of cases everything is regulated by the European time standard. In Ethiopia no. The first time I was in Ethiopia, I had a row of appointments behind the other. I was told to introduce myself at 4 and I, very precise, I arrived in mid-afternoon to understand that only have 6 hours late. But let’s go in order. The difference in the date is simply due to the fact that in Ethiopia the Coptic calendar is followed, while the difference in the timetable depends on the fact that being very close to the equator and having the days a regular duration between hours of light and dark hours (12 hours of light and 12 of darkness), it becomes more logical to start counting the hours of the day starting at dawn, at six in the morning, and dividing the day into 12 hours of light and 12 of “night”.

In addition to this temporary disorientation, there is also the reality : 80% of the 90 million inhabitants of Ethiopia live on agriculture , and it is clear: the sensation is that of having returned to a past with less cars and more carts, more stalls and shops and less supermarkets (in Addis there is a Western type, but they are still few and in the richest areas like Bole – the airport area).Addis Ababa is a metropolis with 3 million inhabitants, and therefore the feeling is decidedly different also because Addis sees the difference from year to year. Addis is a huge construction site , roads, buildings and entire residential areas are built. I come back every year and see more miles of paved roads and new, modern buildings come up like mushrooms. Of course, to build this new Addis, we must sometimes destroy what was there before. The most painful thing is the evictions of the slums ; certainly not beautiful to see, but still the home of thousands of families, who are thus pushed even further to the margins and made, if possible, even poorer and more desperate. Poverty is the most evident face of Ethiopia, but the heel closely resembles the beauty of its people.

Marrakech, the red city of Morocco

If you want to visit Morocco, the travel opportunities are very different and very fascinating . To organize a holiday “DIY” with affordable prices you can book a Ryanair flight to one of the country’s airports and contact a local agency that will suggest itineraries specifically for your needs (I highly recommend Sarah dreams tours run by Ibrahim, for seriousness and competence).

That said, you just have to decide the circuit that suits you best: the classic tour of the imperial cities , the one that includes the south of the desert or alternatively that of the coast .

The most interesting thing, however, is the possibility of creating commingles between the different itineraries based on your interests. The advantages of this travel are both economic in nature because jumping the Italian agencies, as intermediaries, you will save a lot of money, both logistic, because traveling in jeep with a driver you will not have any of the constraints that you have traveling with the compound tours from many people. Then, especially if you travel in two, you will not be forced to drive along the long sections that separate the most interesting places, on roads that are not always easy and well marked.

After the transfer from the airport you arrive at the gates of the imperial city of Marrakech, the city that gives its name to the country. Here you will be literally swallowed by the traffic and chaos typical of the Arab countries; whatever your means of transport will be forced to leave you outside the walls surrounding the Medina as inside the narrow and narrow streets make it usable as the only means of transport the scooters and carts pulled by donkeys.

As soon as you cross the door of the Medina the impact with this reality will involve all five senses , you will be overwhelmed by the heat with the air saturated with the thousand smells that come out of shops and manholes, the noises, the voices of the traders who call your attention . At first you will feel almost stunned. Looking around you will understand why this city has earned the nickname ” La Rossa “, in fact everything is red, from the streets, to the roofs, to the profiles of the houses : Legend has it that when the beautiful minaret of the Koutoubia Mosque sprang from the earth flowed so much blood that dyed everything in red.

The capital of southern Morocco has so much to offer by walking through the narrow streets of the Souk , the realm of merchants and local artisans. Crossing the threshold of small doors apparently all the same and monotonous you will have the opportunity to visit the museum Dar Si Said and the Medersa of Ali Ben Youssef .

A day of Safari at the Moremi Game Reserve in Botswana 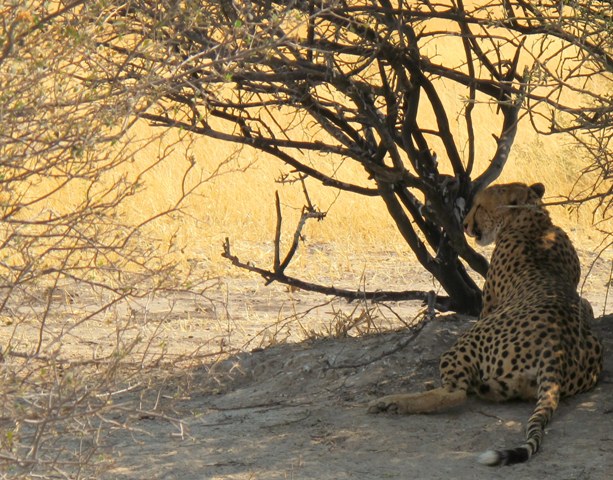 The highlight of a trip to southern Africa, needless to say, is definitely that of safari. We’ve always known some animals. As children they were the characters of our favorite cartoons or the soft toys with which we fell asleep in the evening. We then grew up and our stuffed playmates looked more real through the television screen. Hours and hours of documentaries have shown us all their faces, from the most aggressive when they procure food to the sweetest ones when they take care of their puppies. Here, as far as I’m concerned, all this has not yet prepared me enough for the emotion I felt when I actually met them, in their natural habitat, or at home. Specifically I will tell you about two different “houses”, Moremi Game Reserve in Botswana and the Etosha National Park in Namibia.

In the first park, me and the other traveling companions, we spent a whole day, experiencing very intense moments in which nature manifested itself without veils . At the Moremi Game Reserve it is not possible to enter by its own means, but climb up on the jeeps led by the park guard to go around the whole area. This aspect has a very positive side: none better than these guys knows these reserves and knows where to find the animals and which are the areas where you can meet the great predators that do not always reveal themselves with great pleasure. In fact, our meetings here have not been many, but certainly of great quality. Giraffes and zebras were the first to welcome us, as if they were the sentinels of the park. What unites them is the elegance and the proud movement among the undergrowth of the Savannah. While the former, however, love to enjoy moments of solitude and take the whole scene alone, the latter prefer to always move in a pack. Both the one and the other, are not disturbed by the noises and even less by our presence, a sign that, in this park, they feel protected and man is not a threat to them.

Arrival however to those that were the episodes that marked the day. The two jeeps on which our group was divided at some point have stopped and our two guides have started to wave to show us a shape moving behind the bushes. When this form was revealed, our breaths stopped and the reactions were varied: those who continued to take pictures with a confident burst of having finally the opportunity to take out the shot of the turn towards the celebrity, who has failed more to speak and those who are also moved. In front of us, a splendid example of a pregnant cheetah immobilized a newly caught impala in a tight gripand dragged him to the ground still alive and panting. This is the law of nature and we all know it, but it is undoubted that sometimes nature proves to be very hard, or rather, perhaps too harsh for those like us who are not accustomed to scenes of this kind. However, it will remain one of the symbolic images of our journey.

Still dismayed, we resume the journey inside the park and shortly after we find ourselves a few meters from the majestic king of the savannah lying under a huge tree . At his side, a huge carcass of buffalo with which the lion had satiated a few minutes before. The view was not the only sense affected by this scene, since the nose was, despite himself, another undisputed protagonist: an acrid smell has in fact enveloped us in a few minutes, so as to make the stay at that short distance a little difficult. 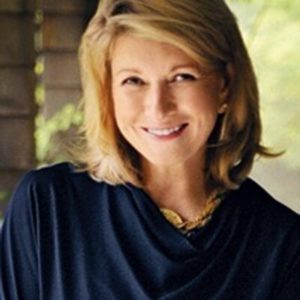 Ketty Stewart owner of this blog, She created this website many year before to share his experience and tech how to travel around the world. 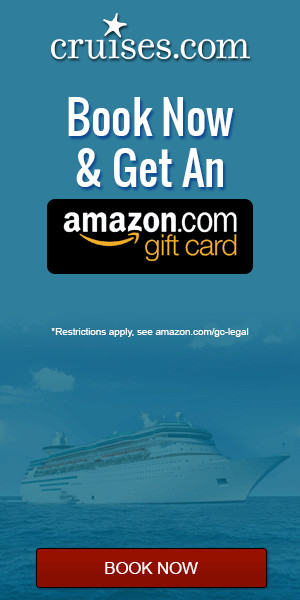 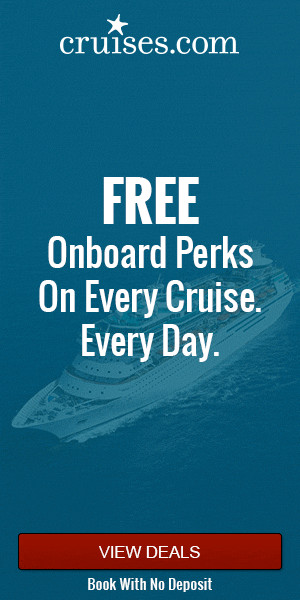